What are G-Code and M-Code in CNC Machining? An Overview

Computer numerical control (CNC) machines are among today’s most accurate, precise, and widely used machining technology. They eliminate human error by relying on computer programs like G-code and M-codes to fabricate parts.

G-codes and M-codes are simply software programming languages (or computer instructions) that dictate the motion of the CNC cutting tools to create the desired part. These programs can be complex to implement since they vary from machine to machine and require the expertise of a skilled CNC programmer. The basics, however, are much more straightforward than you think and, for the most part, follow an industry standard.

In this article, we will cover the basics of G-codes and M-codes in CNC machining. You will have enough information to create simple machining programs to fabricate your parts by the end of this read.

What is the Difference Between G-Code and M-Code?

G-code, also known as geometric code, controls the machine’s motion. For example, it might direct the machine to move in a line or an arc. A G-code command is usually written in an alphanumeric format, starting with “G” and followed by a two-digit number (for example, G00).

In contrast, M-codes control the machine or miscellaneous functions of the CNC machine, such as spindle rotation, pallet change, and telling the tools when to operate or cease operation. M-codes are also written in alphanumeric format, beginning with “M” and followed by two digits.

Table 1 lists some of the standard G-code commands and their functions.

These standard G-code commands are followed by a geometric location, usually identified using the cartesian coordinate system. So, for example, let’s say you want to rapidly move the machine to the coordinate location (X = -100, Y = -50, Z= 35) without cutting any material. You could use the G00 rapid position command to achieve this by writing G00X-100.Y-50.Z35.

As we have mentioned earlier, M-code controls the machine functions of CNC machining. Table 2 presents some of the common M-code commands and their functions.

To implement this, you need to understand some additional CNC programming commands that don’t start with the alphabets “G” and “M.”

There also exist some additional commands useful for CNC programming. For example, the command, F, allows you to control the speed at which the machine moves or feeds the piece. Likewise, the command “T” tells the machine which tool to use to achieve the desired cutting operation. Finally, the S command allows you to specify spindle speed.

To help better understand how to implement these additional commands, let’s consider a scenario where you’re looking to move the CNC machine to the coordinate location (X = -100, Y = -50, Z = 35) in a straight line and at a feed rate of 10 inches per minute. You could use the G01 (or linear feed move) command to achieve this by writing G01X-100.Y-50.Z35.F10.

CNC Programming with G-code and M-code: Gensun Can Help

Now that you understand the basics of CNC programming using g-codes and m-codes, you can proceed to fabricate any part using CNC machining, right? Wrong! The success of your machining project primarily depends on the machine shops and machinists you work with. You want to work with a machine shop (or machinist) that is knowledgeable about GD&T (Geometric Dimension and Tolerancing) and computer-aided manufacturing (CAM).

Gensun Precision Machining is a leading provider of CNC machining services across Asia. We have a team of highly experienced CNC machinists, programmers, and engineers capable of reviewing your 3D CAD model and fabricating your parts accurately through CNC programming and machining. 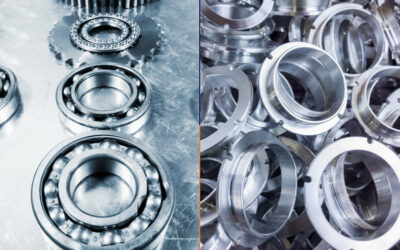 Titanium vs. Aluminum: Which Lightweight Metal is Best for Your Project?

When it comes to machining lightweight metals, two popular options come to mind: titanium and aluminum. Both of these metals are widely used in a variety of industries due to their strength-to-weight ratio, corrosion resistance, and manufacturing capabilities.... 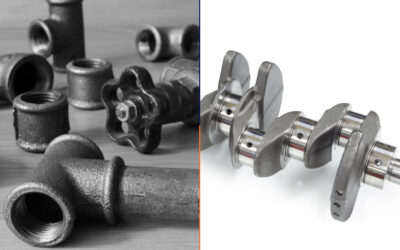 Cast Iron vs. Steel: What Are Their Advantages and Disadvantages?

Both steel and cast iron are popular metals, but they are often used very differently. The key factor distinguishing one from the other is how much carbon each contains, and to a lesser extent, how much silicon. While this may seem like a subtle distinction, it has... 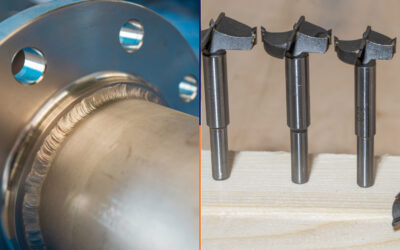 Alloy Steel vs. Carbon Steel: What Are the Key Differences?

If you’re looking for a metal alloy, you’ll be spoiled for choice. From brasses and bronzes to titanium alloys and nickel-based superalloys, there are a mindblowing number of metal combinations out there. However, one alloy in particular is more widely used than any...