The Basics of Heat Sinks: How Do They Work?

You don’t need to be an MIT graduate to know that electronic devices and machines generate heat when operating. When left unsupervised, this situation can quickly lead to the device overheating, causing it to malfunction. Then, unless you react quickly enough, this malfunction can lead to permanent damage.

To prevent overheating, most devices incorporate heat sinks, components responsible for heat management within the device. They work by dissipating heat from vital areas of the machine or a device, such as the central processing unit (CPU), keeping it cool and functioning.

Interestingly, while playing a pivotal role in keeping your electronic devices operating correctly, heat sinks are often overlooked, likely due to their rather small size. If you would like to learn more about these miraculous components, this guide will provide you with all the essential information you need to understand what heat sinks are and how they work.

What Is a Heat Sink?

Let’s start by explaining in more detail what a heat sink is. In simple terms, it’s a component that works as a passive heat exchanger, regulating the temperature of a mechanical or electronic device.

It does that by increasing the device’s working surface area, transferring the heat from a heat-generating component to a low-temperature fluid. This way, the heat dissipates away from the device, ensuring it operates without overheating.

Due to their fantastic cooling properties, heat sinks are used in numerous industries, including CNC machining. Typically, they’re used to cool computer components – usually, a CPU and GPU – and power transistors or lasers.

How Are Heat Sinks Built?

The need for a larger surface area significantly affects how heat sinks are built. A typical heat sink consists of a base connected to very narrow fins or pins. That way, heat sinks can fit as much surface area as possible into a specific volume.

However, the size and shape of the fins vary between different heat sinks. What is more, they have a significant impact on how the heat sink performs. We can distinguish between:

Some heat sinks also have fans and blowers attached. These are called active heat sinks. We’ll talk more about them later in the article.

How Does a Heat Sink Work?

Heat sinks use a thermal conductor that takes heat away from the heat source and draws it towards its surface area, which then makes contact with the cooling air or fluid. The whole process involves four basic steps:

The Different Types of Heat Sinks

When talking about heat sinks, we differentiate three basic types of heat sinks – passive, active, and hybrid. More on them below.

Passive heat sinks rely on natural convection. That means that it’s only the buoyancy of hot air that generates airflow across the heat sink surface. Because of that, passive heat sinks don’t require secondary power or control systems when removing heat. On the other hand, they aren’t as efficient and effective at transferring heat from a system as active heat sinks.

Contrary to passive heat sinks, active heat sinks don’t rely merely on natural convection. They use forced air to increase fluid flow across the heated area. They do that using a fan, blower, or an entire object movement.

A typical example of how an active heat sink works is the fan in your PC turning on when your computer starts to get warm. The fan forces air to flow across the heat sink, allowing unheated air to move across its surface. Because of that, the total thermal gradient throughout the heat sink system increases, removing more heat from the device.

As the name suggests, hybrid heat sinks combine the properties of passive and active heat sink systems. Interestingly, hybrid systems aren’t as popular as passive or active heat sinks. They also often rely on dedicated control systems to cool the device based on specific temperature requirements.

When the system operates at cooler temperature levels, the source of forced air (a fan or a blower) remains inactive, cooling the system passively. The active system starts working only when the device starts reaching higher temperatures, increasing the heat sink’s cooling capacity in the process.

What Materials Are Used to Make Heat Sinks?

As said, the heat sink’s material needs to provide natural thermal conductivity. That is why heat sinks are typically produced using either aluminum or copper, with the material being determined by the application, heat intensity, production method, and budget.

How Are Heat Sinks Made?

Several factors can affect how a heat sink performs and whether it can effectively dissipate heat from a particular component (e.g., a CPU or GPU). These variables are:

The performance also can depend on the heat sink’s type. Active heat sinks are considered more effective, which is why they are usually used in devices requiring faster cooling.

Hopefully, after reading our guide, you have a better understanding of how important heat sinks are and how they work. They might be small in size, but their impact on the performance of an electrical or mechanical device is incredible, preventing them from overheating and ensuring they perform at the highest level possible. 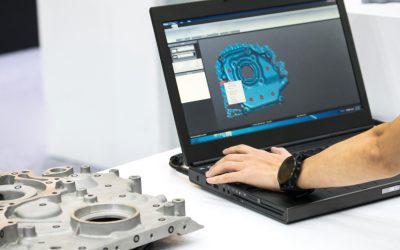 What is Reverse Engineering, and When do You Apply It? 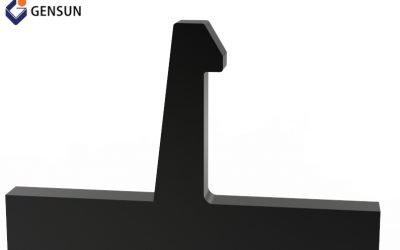 Have you recently come up with a product idea, or do you need to manufacture parts with special requirements? If so, you’re likely looking to create high-quality parts while reducing manufacturing costs and improving aesthetics and ease of assembly. One essential... 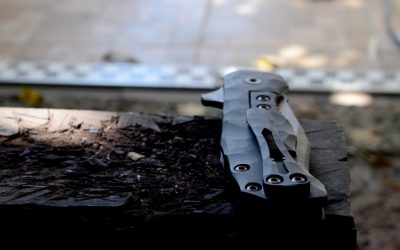 What is Diamond-like Carbon Coating? Here is What Product Designers Must Know

Are you a product designer looking to create parts or components that will make contact with other parts or assemblies, or do you plan to create products that will be exposed to harsh chemicals or environments? If so, you must choose a material with high wear and...